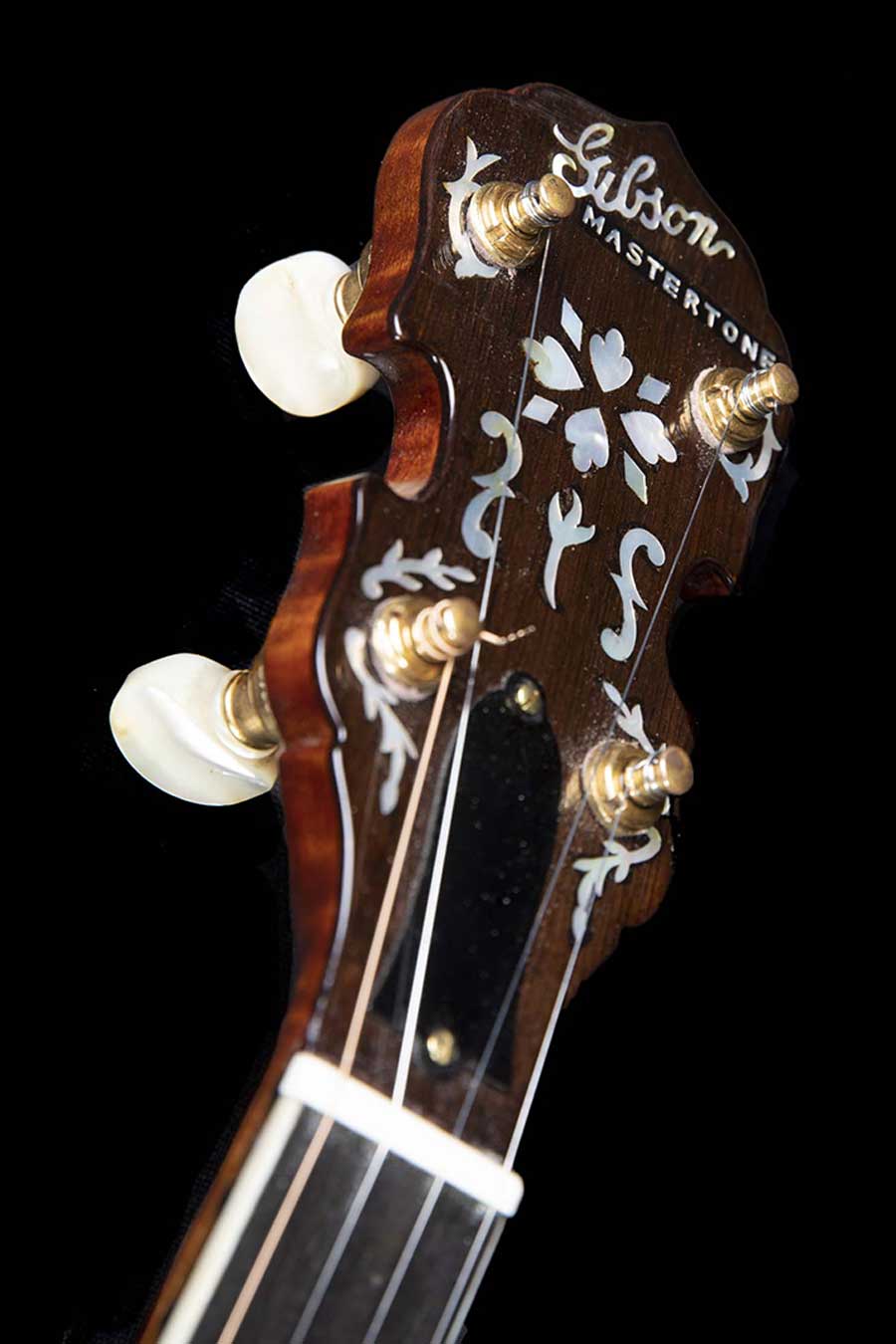 I really couldn't decide if I should publicise this. A banjo. Well, a banjo neck. Martin Simpson had discovered a 1923 Gibson Mastertone 4 string and was desperate to turn it into a 5 string. I volunteered, when will I learn? It's taken me nearly a year, largely due to both my hands needing surgery during that time. I'm not blaming Martin for that; I'm just hoping to gain a bit of sympathy. I actually enjoyed doing it, but don't ask me again.

The wooden diamond side inlays were tricky, but I managed eventually, using Ebony and Jelutong. All the Pearl inlays were imported from specialist suppliers and inlaid by hand. The neck is made from a Curly Maple Cello back, it was lovely watching the figure "develop" as I rubbed two stages of stain in over a couple of days, and the final polish really works well. An unusual feature of old banjos is that the sides of the headstock are "vertical", square to the surface of the fingerboard rather than square to the surface of the head, that would normally be done on a "bobbin sander", but of course I did it the hard way.