I don't have a new finished guitar to show at the moment. Hopefully next month. But instead, here's one I made earlier, 1982 to be exact. It was just an experiment, to see if it would work and what happens when a guitar doesn't have a back. It's a long time ago, so my memory doesn't help, but I'm told it sounds good, I'll get to see and hear it again soon, I hope. The two necks are connected together at the head by a screw adjuster, so that one neck supports the other and there will never be any neck rotation. The tuners are recessed and angled to get better access.

After I'd had my fun, the guitar went to live with Chris Ellis, who played bass in the heavy metal band "Demon". He was married to a BBC producer on children’s TV, and Mike Reed played the guitar on "Swap Shop" I think. He pushed a hard-boiled egg through the strings and made slices!! I'm trying to find the video recording of that.

There are a few other Fylde oddities from those days when I was young and daft, as opposed to now, when I'm old and even dafter. I'm trying to track some of them down, watch this space.

Here's One I Made Earlier 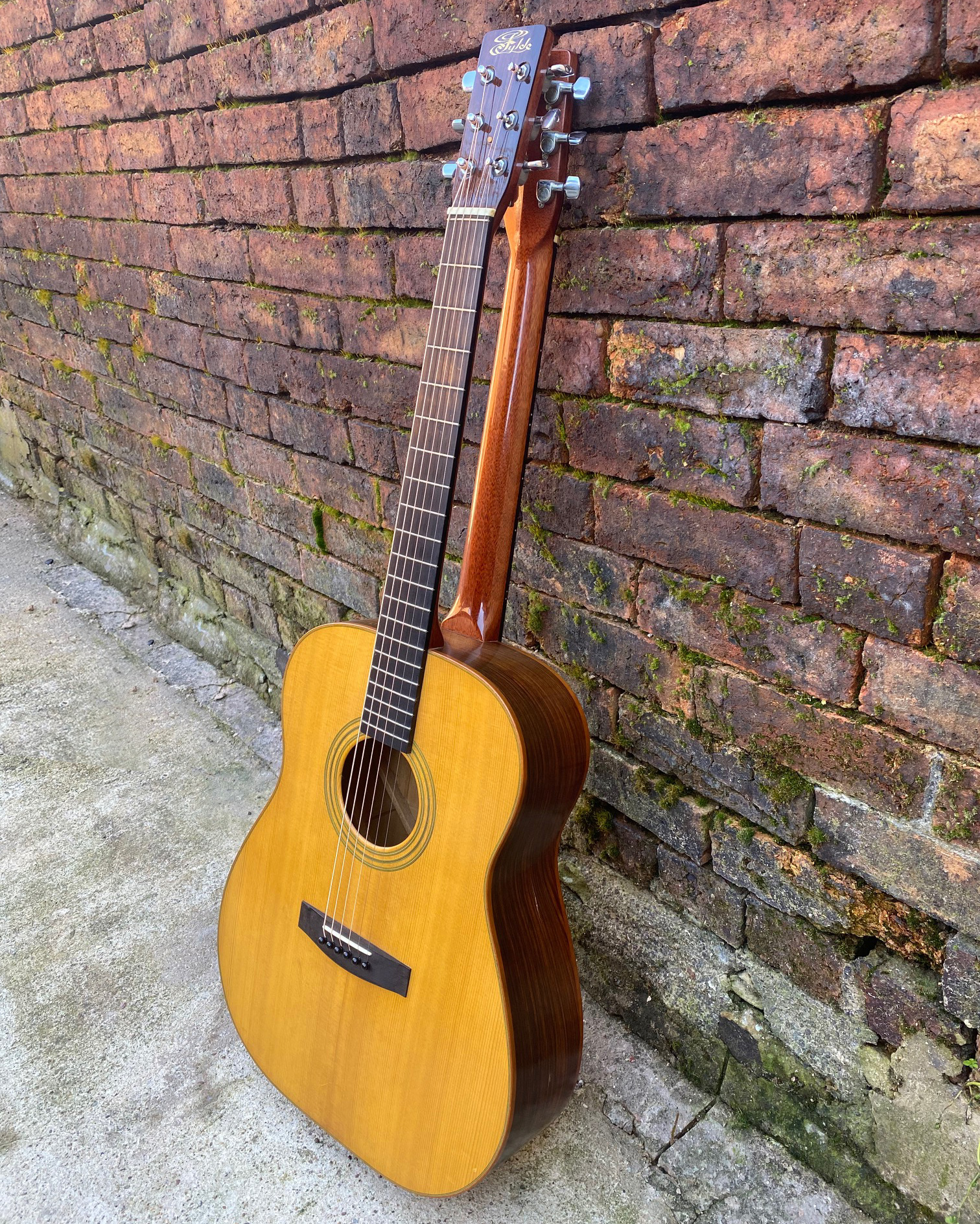 This video was sent to me by Tony Hazzard. Tony wrote hit songs for the Hollies, Lulu, Andy Williams, Manfred Mann, The Yardbirds, Gene Pitney and many, many others. He bought this Falstaff from me in 1981, and later sold it to John Pearson in Canada, seen here, performing a typically downbeat country song, on an English guitar. Hooray! John is "chuffed to bits" to be in the newsletter, maybe this will cheer him up and he will write a happier song!

"My bucket list is far too long for me to carry round". Brilliant, I know how he feels.

I noticed John's sweatshirt; Craig Fuller from Pure Prairie League is a Fylde fan as well.

I'm not going to waste a link like that. 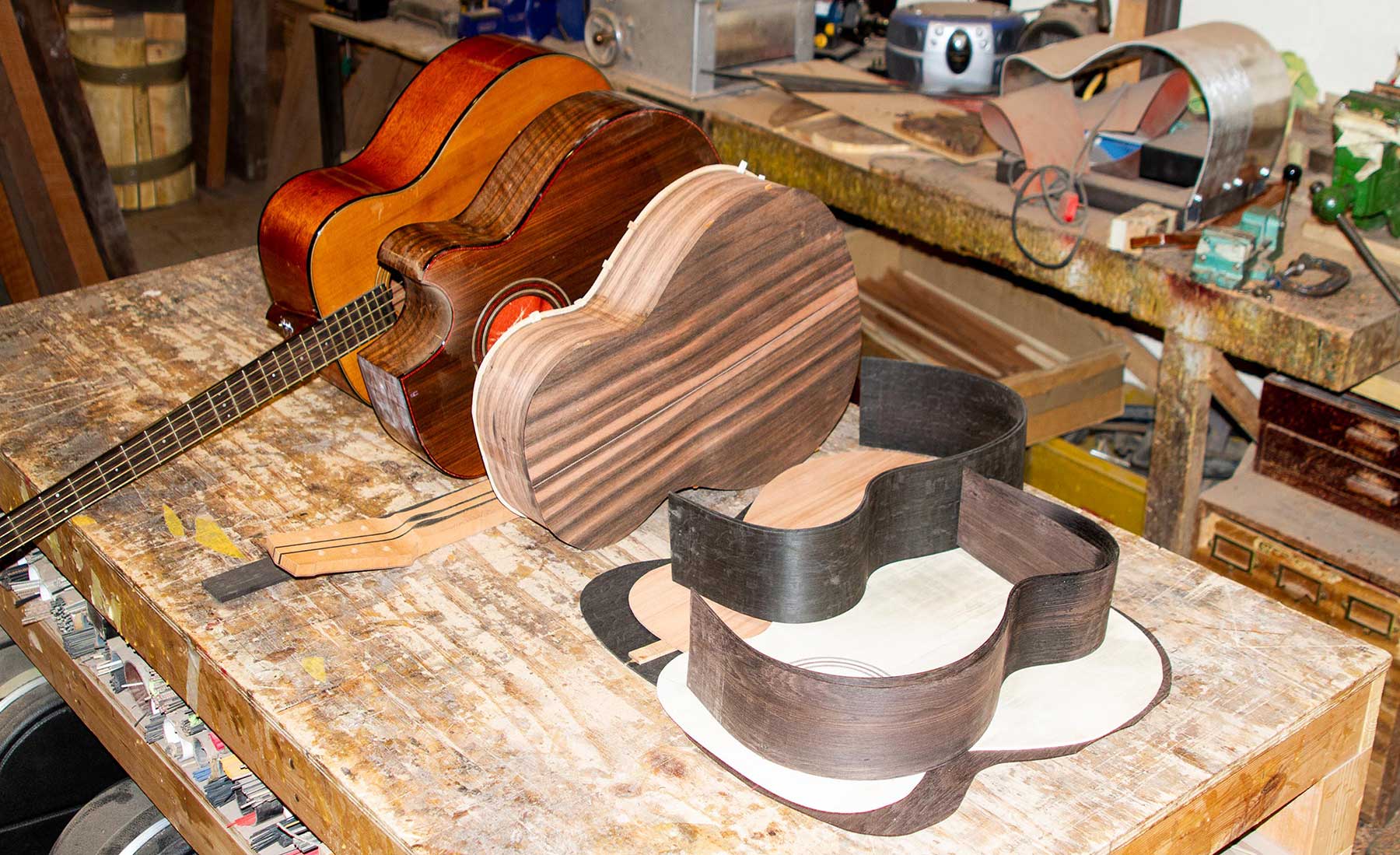 A few guitars in various stages of manufacture, including instruments for Arlen Roth, Roy Harper, Ben Walker and Toby Hay. There will be more photographs and news as soon as possible. The bass on the end belongs to Kathryn Tickell, in for a long overdue set up. Don't you just hate name droppers?

John will be playing live at Yellow Arch studios in Sheffield on Sunday 28th March at 8pm GMT. Then again on Sunday April 11. These will be live streamed worldwide, and you can buy tickets here.

John is very excited about all this, and you can see a trailer for the new album on his website: Link to John's website.

Twenty years, my word how time flies. Martin has been pushing through all the obstacles of the last twelve months and is chomping at the bit to get on the road again, he has lots of dates already pencilled in, so hopefully we can all get our jabs and turn up! Martin is playing his "Rio" 12 fret Falstaff here, always good to see and hear. We have a little ongoing project, which I might, or might not, tell you about one day. Stefan Sobell has seen it, he's impressed.

Last month I showed you six Lisa Hannigans. This time, it's six Will McNicols, and six tunings. The Ariel is always an extraordinary guitar, this one perhaps even more than the standard model.

I really like it when I make a suggestion to someone, and they take notice. Thanks, Will, you are a star.

We've been through "Unplugged". Now we can start talking about guitar music being "Unlocked", and perhaps, in this case. "From my door step".

Tristan is on a mission to record guitar versions of 80's tunes and is asking for suggestions. I suggest he gets up here and takes me for a drink very very soon.

Keith posted the audio of this on Facebook. I really don't understand Facebook, so mostly I keep away from it and it was pure chance that I saw the clip. I asked Keith if he would be able to put a video version on YouTube, because "Harmonium" is one of my favourite tunes. He didn't exactly say yes, but this appeared very quickly. Nice pics, thank you Keith. Now about the actual video …

Maz is playing an online show with her band, streamed live from Cecil Sharp House on 8th April. It's part of the English Folk Expo's series of live broadcast gigs.

One of the better videos of Biréli playing his Fylde, and this time we can actually see his fingers working.

We are missing live music like everybody else, and Ronnie Scott's has particular memories. Seeing Antonio there would be unforgettable. The performance starts at  2.09.

I'm writing this on Sunday, 21st March, which is the UN "International Forest day"
This link will take you to stories from Peru, Bosnia and Bangladesh, and one about the conservation of Rosewood in Madagascar.  Despite Covid, all is not lost. 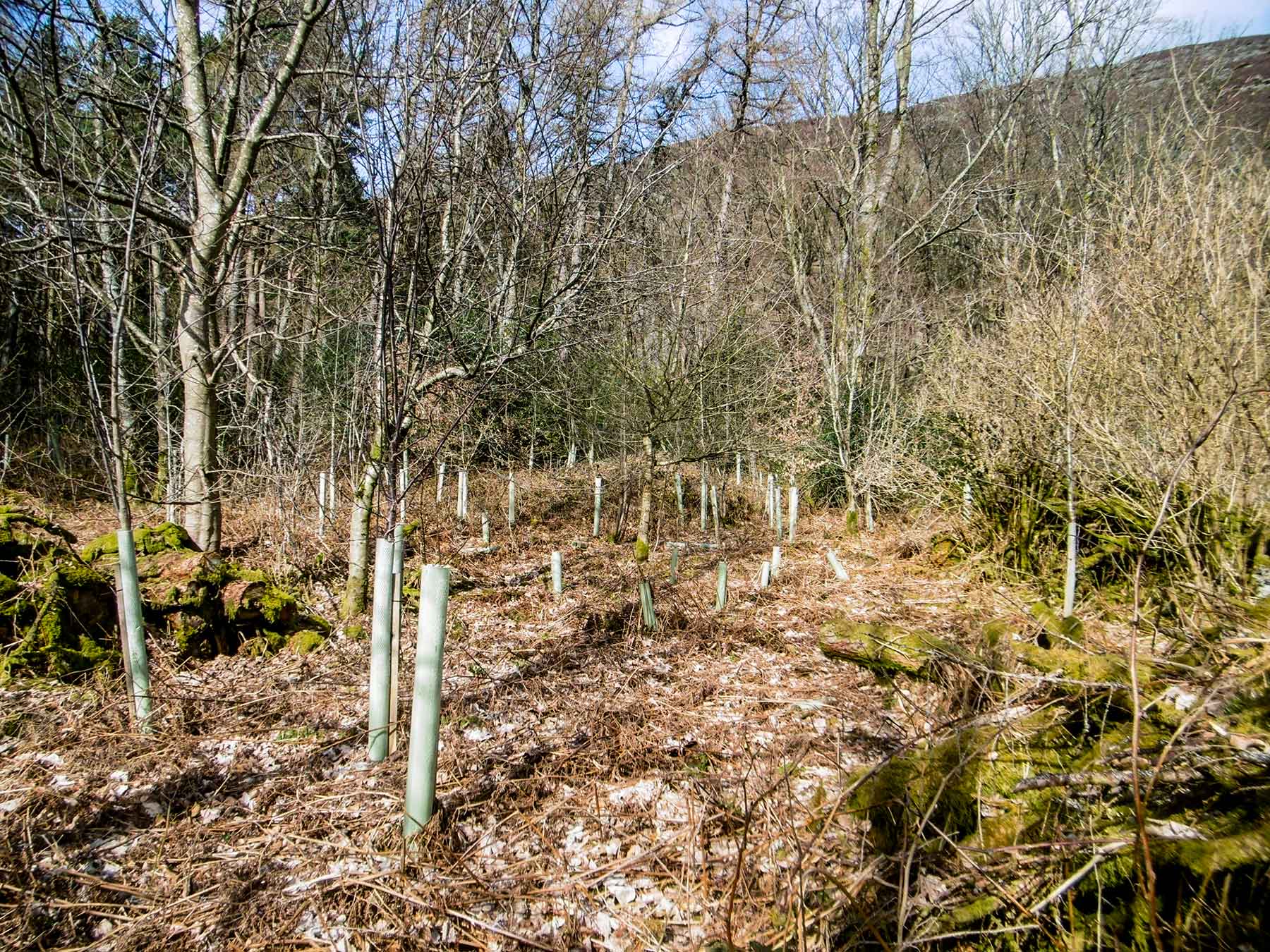 Ten years ago, we had lots of native hardwoods planted in our little woodland at home. Some are now about twenty feet tall and the protective tubes are starting to fall away. We are hoping to plant a lot more when these are properly established, which might not be long now.

I'll be able to go "A wassailing among the leaves so green".