A quote from David Mead

Oh me, oh my, what a night. For those old enough to remember Woodstock the first time around this event was just as good! The acoustic gig to beat all acoustic gigs (and a fylde newsletter NOT written by Roger Bucknall) two firsts in one.

To bring an end to celebrating Roger’s MBE and to echo his achievements in guitar building (note to self don’t call him a master luthier), Moira, Roger’s longsuffering (and loving) wife organised a surprise do. She invited, secretly, a huge selection of Fylde artists, and the response was astonishing.

Almost eight months in the making and a more closely guarded secret than the government’s Brexit plans it all went off without a hitch. Roger was caught, hook, line and sinker and it was obvious from his reactions that he had no idea what was happening when he arrived at the Roundthorn Country House hotel where a whole host of family and artists waited to give him a great night of celebration. "How come I didn’t realise!" said Roger. 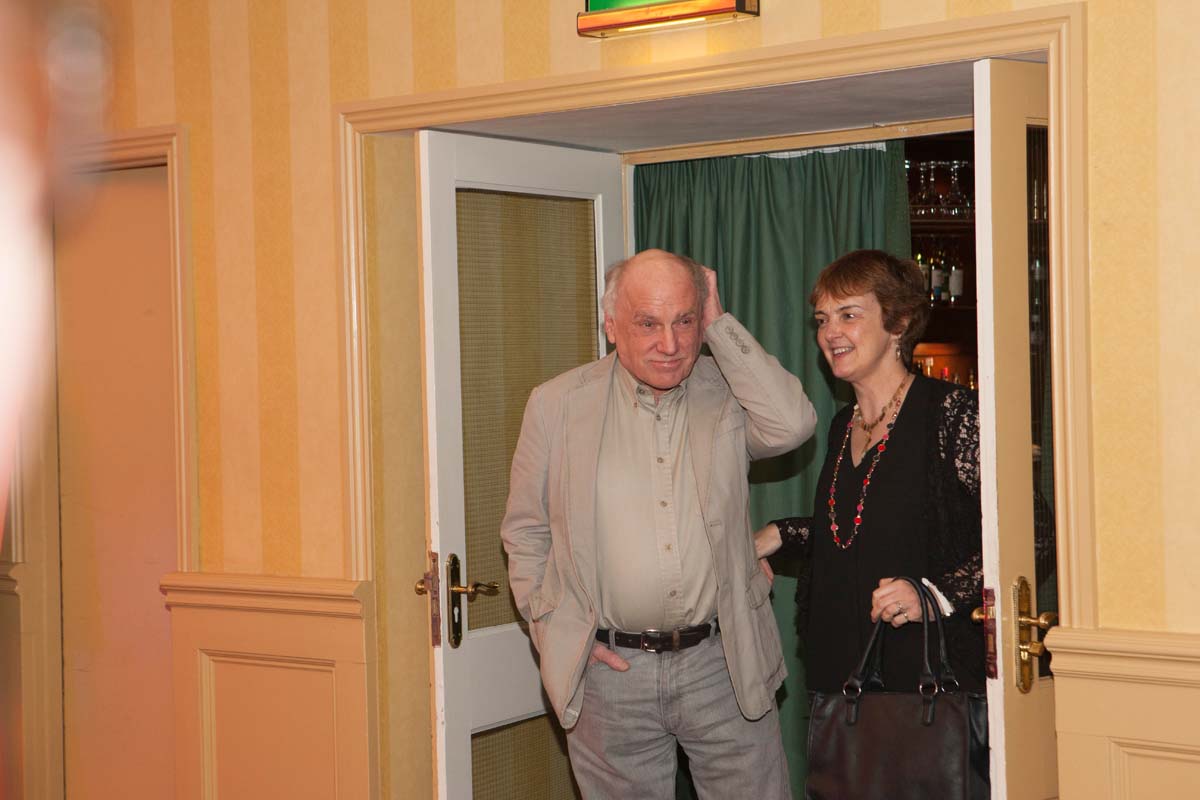 One of Roger’s favourite artists is Nic Jones, and his favourite song is Nic’s version of Canadee I-O and Nic was there to open proceedings, singing that very song with his son Joe playing guitar for him. What a start. 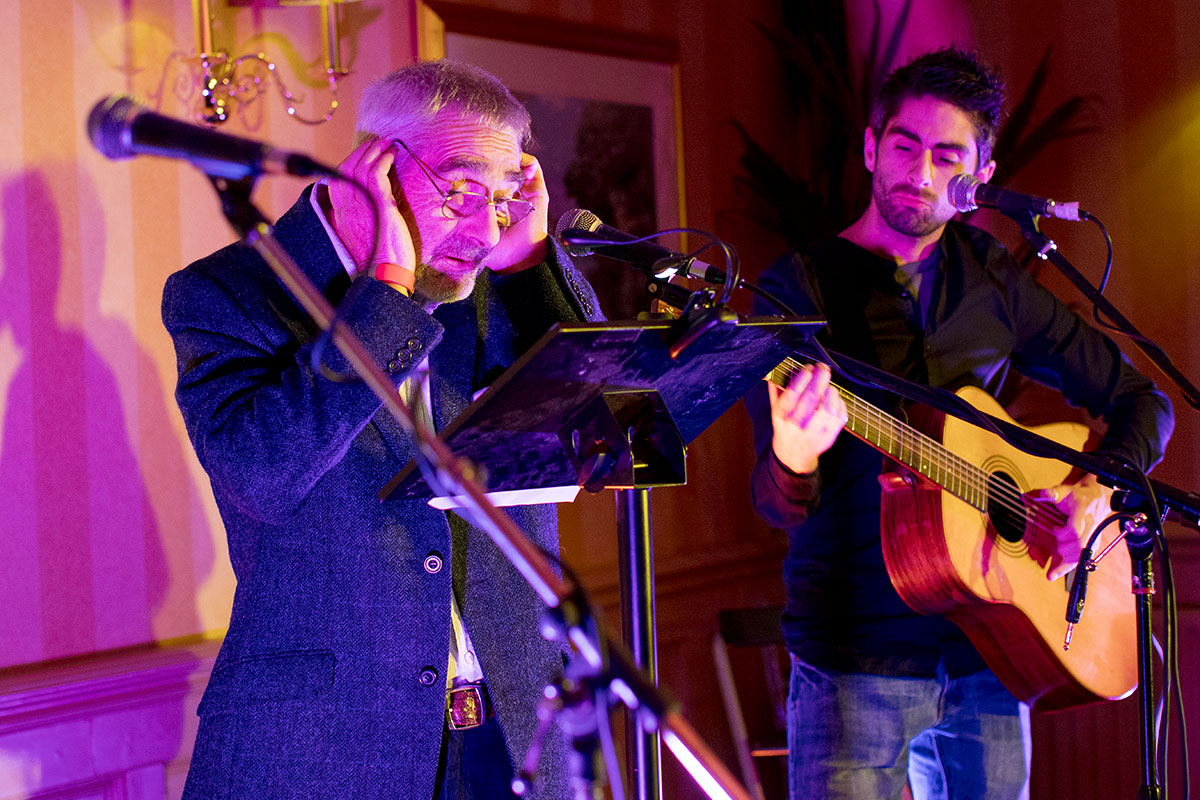 The list of players was staggering; they had come from all parts of the country to play one song to their hero guitar builder. Eric Bibb flew in from Sweden to be there! It was billed as a gig with no headline act and so it was, everyone played for Roger and it was amazing.

There were a lot of artists who could not be there because of other commitments, many tried to rearrange, and many others sent messages. Martin Carthy, Ken Nicol, Christine Collister, Chris While and Julie Mathews and Fairport Conventionsent video links. Ken had composed and played a unique “masterpiece” of a song recognising Roger’s talents that formed part of his “congratulations” video clip. 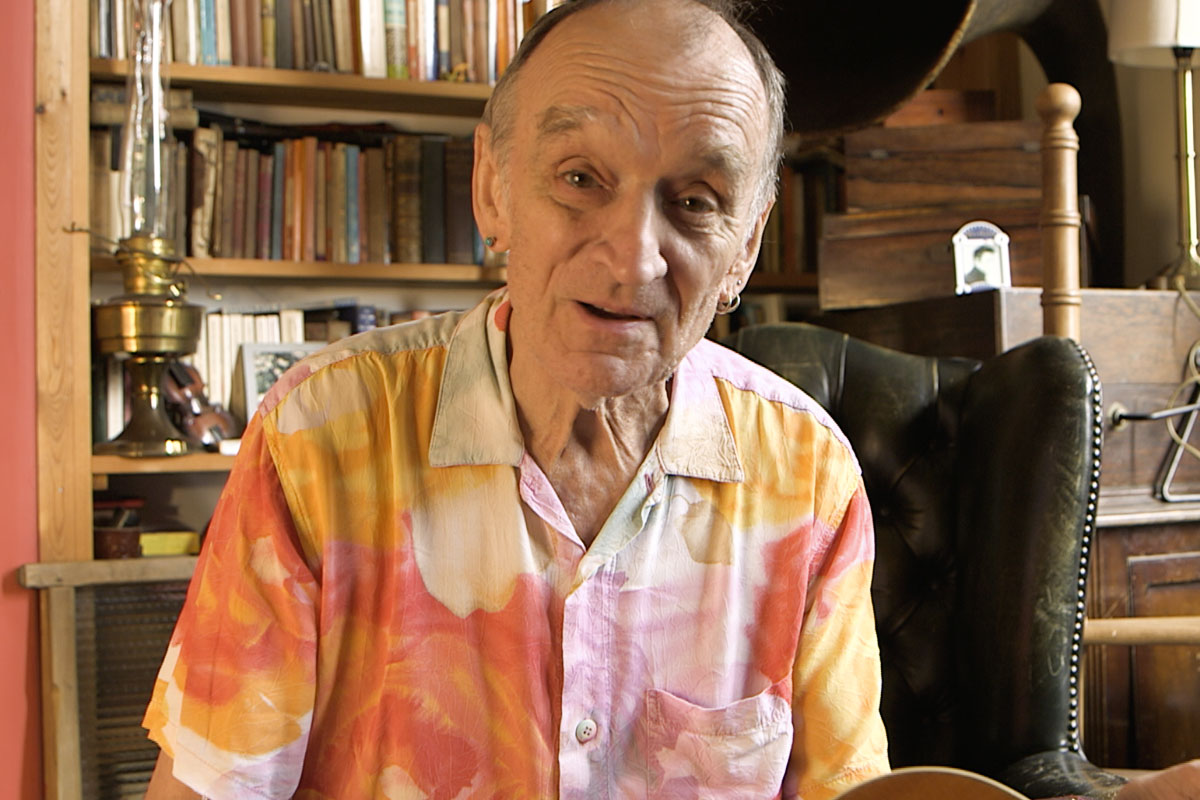 The last image of that slideshow ("Fyldestock Take 3") is Mike English presenting Roger with a copy of the submission for his MBE. In the background are Mike's wife, and Lucie and Colin Henwood. It was Lucie and Colin's idea to suggest Roger as a candidate for an honour and their help and dedication ensured the MBE application was successful.

At the end of the night Troy Donockley played with the minds of John Smith and David Buckingham performing a host of magic tricks that left them thinking he actually was a wizard!

Moira made this happen, so a huge thank you to her. And special thank yous must go to everyone who helped make this event a huge success, particularly Roger and Moira's children who contributed so much, their family, the staff at the Roundthorn, Roger's assistamts, Alex and Paul and the tireless Keith Beardmore, who, even when stuck down by the dreaded lurgy, organised and arranged and helped everything run smoothly.

Of course, each and every one of the performers was brilliant, which is not easy with just one song, but they all took it in their professional stride. A few of the hardier ones had a chance of extra stage time in the early hours of Saturday morning. A special thanks to sound engineer Nigel Sumner and his team. We hope, in time, to release some videos from the night but in the meantime here are a few pictures of the performers. Just look at the smiles!