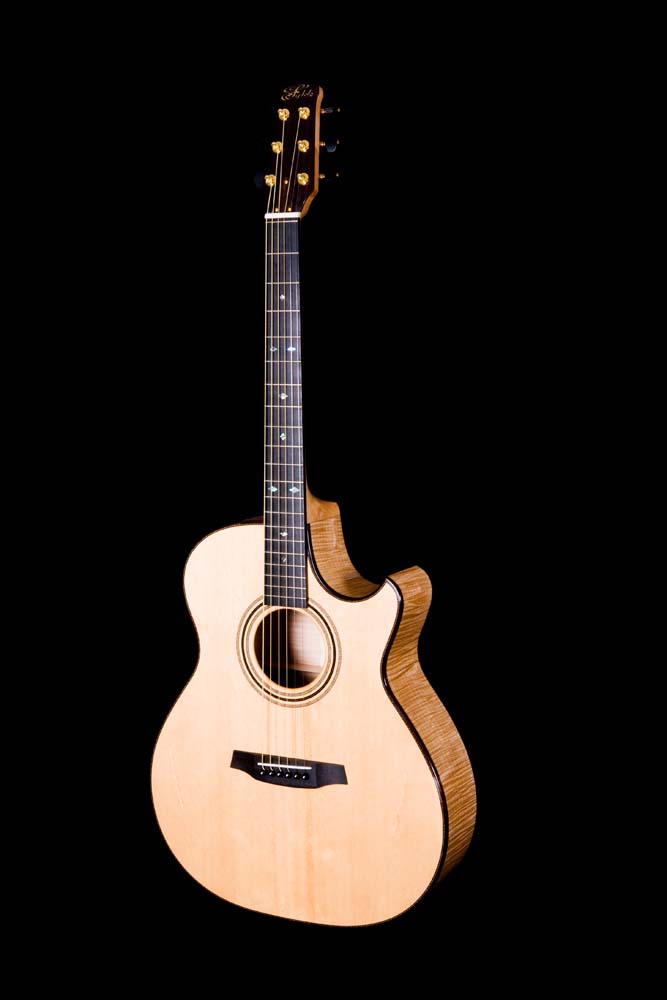 This guitar has been a long time coming ~ lots of ideas that eventually Ive managed to put together.

The size is half way between the Magician and Alchemist, with a fairly shallow body for a little extra comfort in playing.

The timbers are a big change for me as well ~ I haven't used Maple on a production model since the Lysander in the 1970's, as it is so clinical in appearance and can look rather amateur unless the timber is boldy figured and framed with strong dark colours. A laminated maple neck with a broad heel to fit the cutaway matches the colours and the curves. I have used Sitka Spruce for the soundboard, as most Fylde guitars with Englemann soundboards have suited gentle styles of music, and I thought it was about time we offered something a bit stronger in tone. Not an easy guitar to make, but a real beauty.