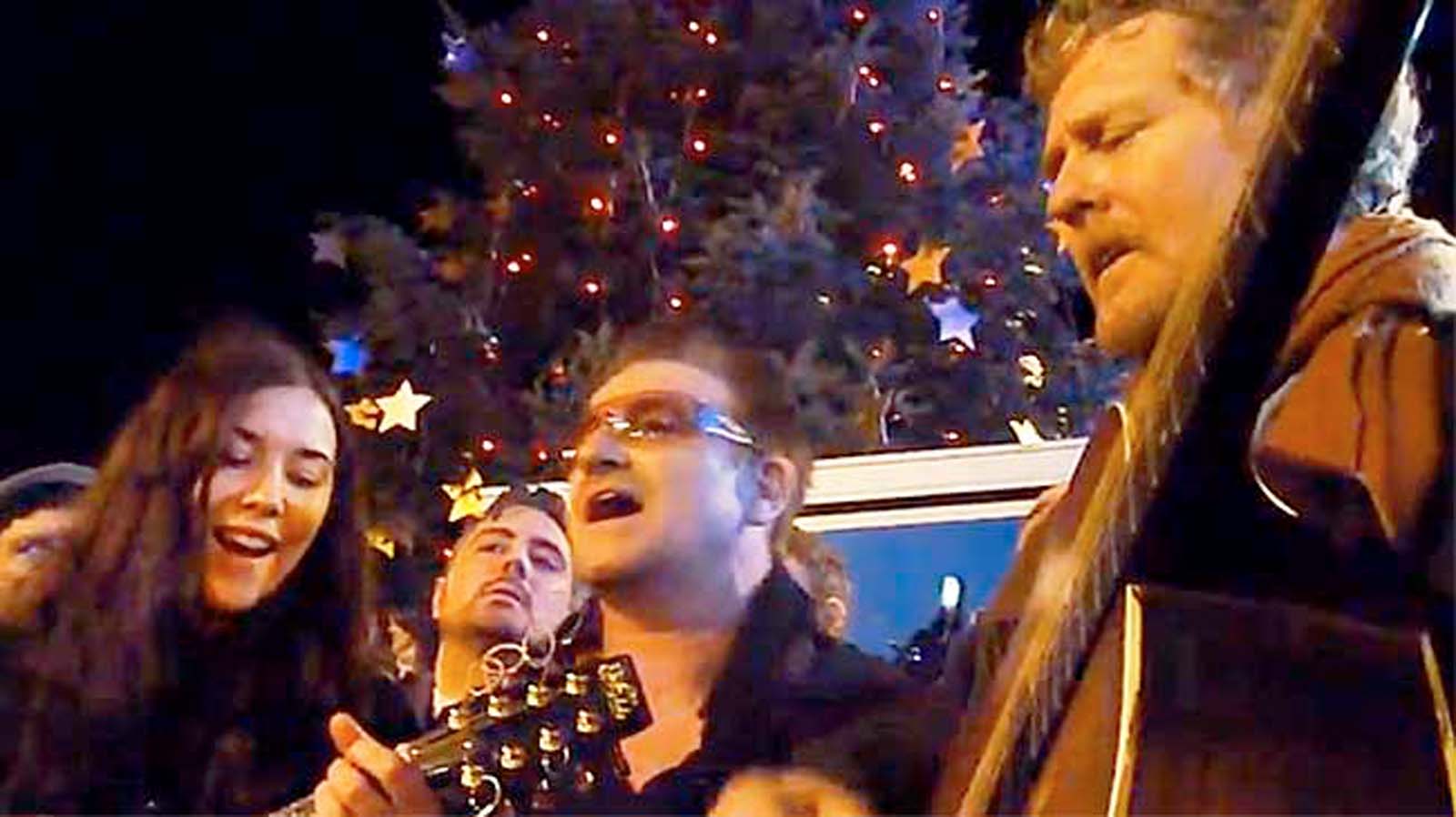 Christmas Eve in Dublin, and we could view it in two ways. Either its Bono trying to muscle in on Lisa Hannigan’s gig, and getting smacked in the face with a mandolin for his trouble, or it's Lisa trying to get me some extra publicity.

We were invited to this wonderful concert at Celtic Connections; John Smith and Nic Jones, two of my favourite artists.

The concert was a little bit of a milestone - its the first time I’ve seen John perform material from his upcoming album (apart from in our living room anyway), and Nic's show has now expanded and developed so much that they managed a full hour and a half with two encores.

We were all staying in the same hotel, but the bar closed at 12. Probably a good thing - it was a heavy week. Here are John and Nic talking about the universe before the bar closed and just after they had eaten my sandwiches. (Photograph: Keith Beardmore) 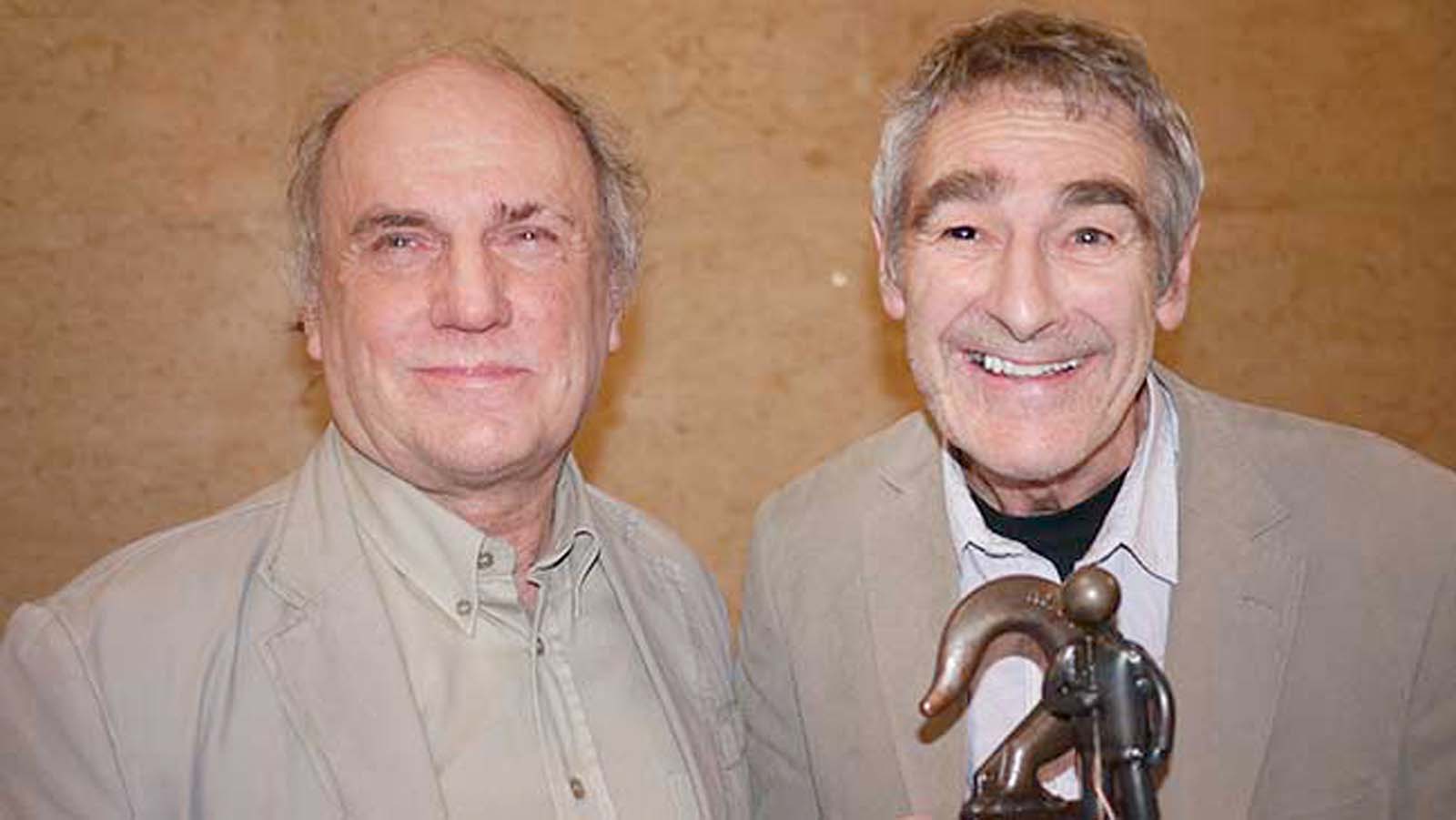 The BBC asked us up to the Folk Awards, in Glasgow. Nic Jones won Best Folk singer and Greg Russell and Ciaran Algar won the young folk award - Ciaran plays a Fylde Octavius whenever he puts down his fiddle.

Here is a photograph of Nic and me; which one is which? (Photograph: Michael Proudfoot)

At the end of the show a rather fancy hat accosted us with Eric Bibb inside it.

After all the Glasgow shows, we went to Newcastle to see the "Eric Bibb Big Band", sorry, "Transatlantic Sessions". Name about 15 of your favourite artists, put them in one show, no chat, no jokes, just music 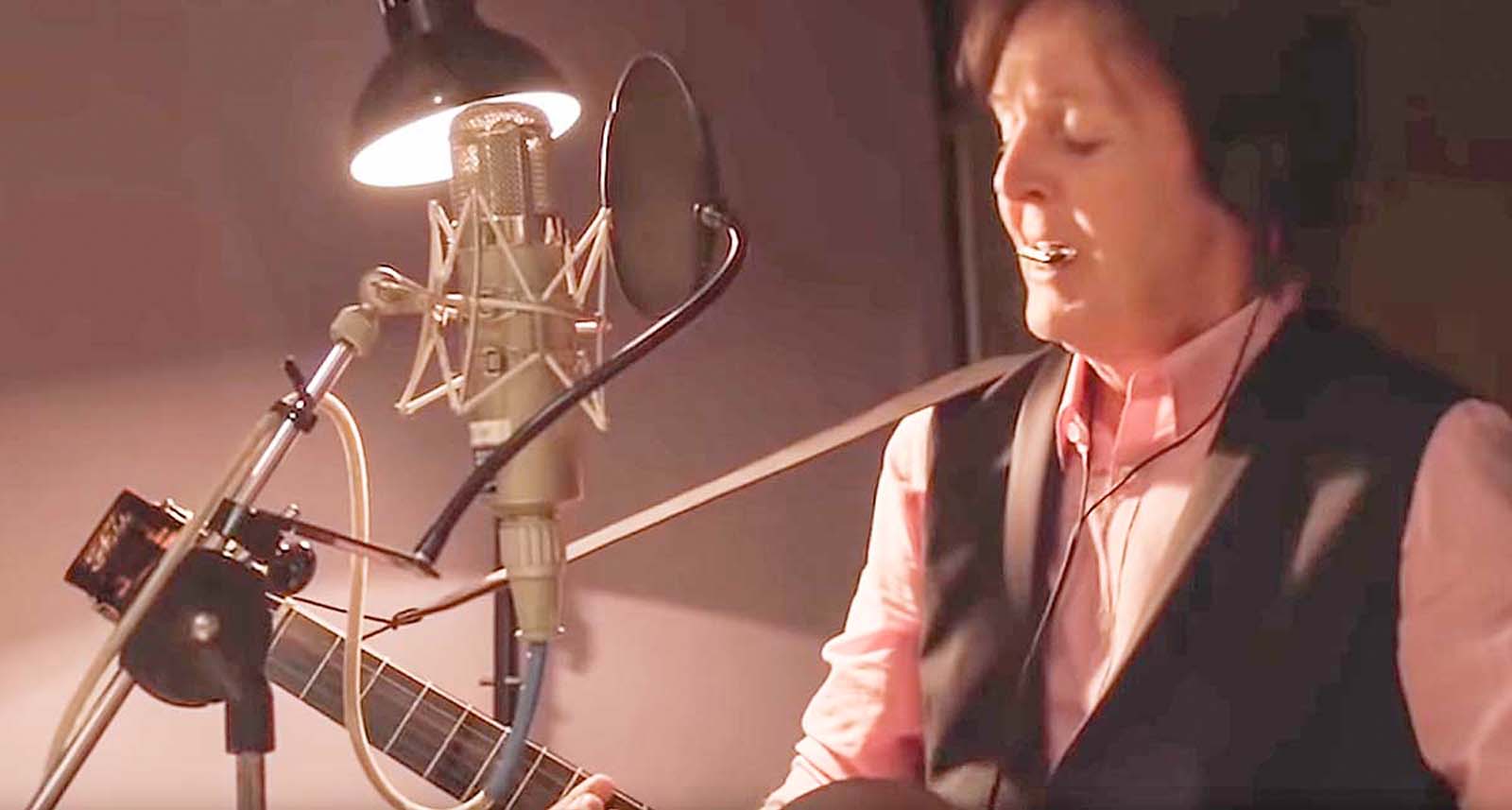 Another lovely customer sent me a link last week, Imagine (wrong Beatle) what I said when I saw that! 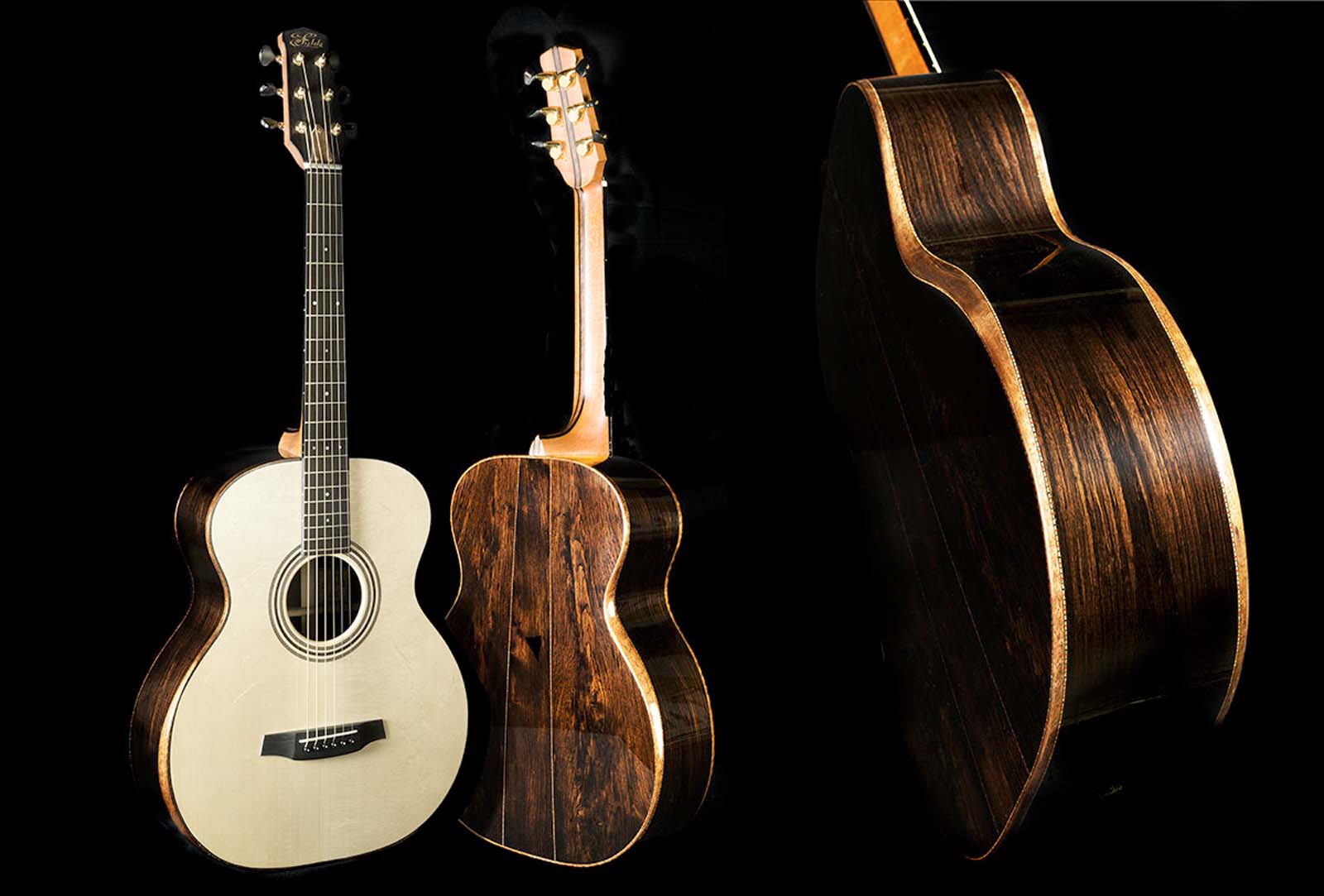 It’s one of those adventures into the unknown that turned out very nicely, an Alexander, with African Blackwood body and Italian Spruce soundboard for a customer in the US. The unusual parts are the arm and rib bevels. The "usual" method of doing this is to fit more or less standard bindings, and apply a wider veneer to a chamfered edge. This results in each binding being made from three pieces of wood, and I didn’t want that.  On this guitar, the bindings were bent from single pieces of figured Walnut about 20mm by 10mm, shaped and fitted into a rather complex rebate, not at all easy. Walnut is lovely to bend, but if the bevel had been just another millimetre wider or thicker, I don’t think it could have been done. I hope the pictures show the result. 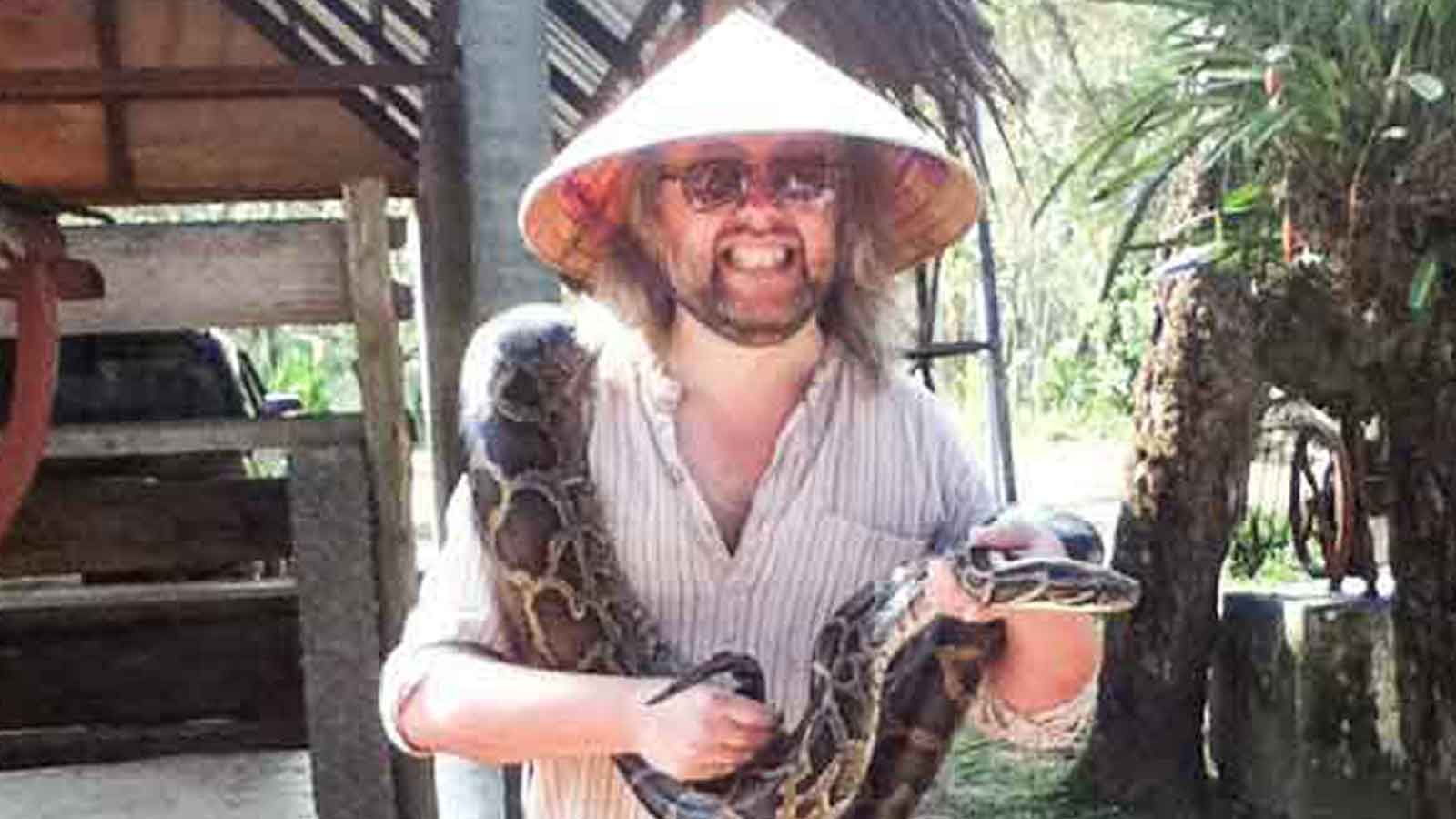 As I've said before, as well as playing everything, everywhere, with everybody, Troy is also a member of the Magic Circle, and he has obviously been developing a new trick. Troy - it is supposed to be a rabbit out of a hat, not a snake out of a lampshade. Troy is allergic to cats, not a lot of people know that.

I used to be a mean Jews Harp player until I had my front teeth capped, and I used to be a reasonable spoons player when my hands would close that far. This guy seems to have his life sorted, wonder if he needs someone to take over when he retires? If anyone knows him, give him a tenner from me please, I'll pay you back. 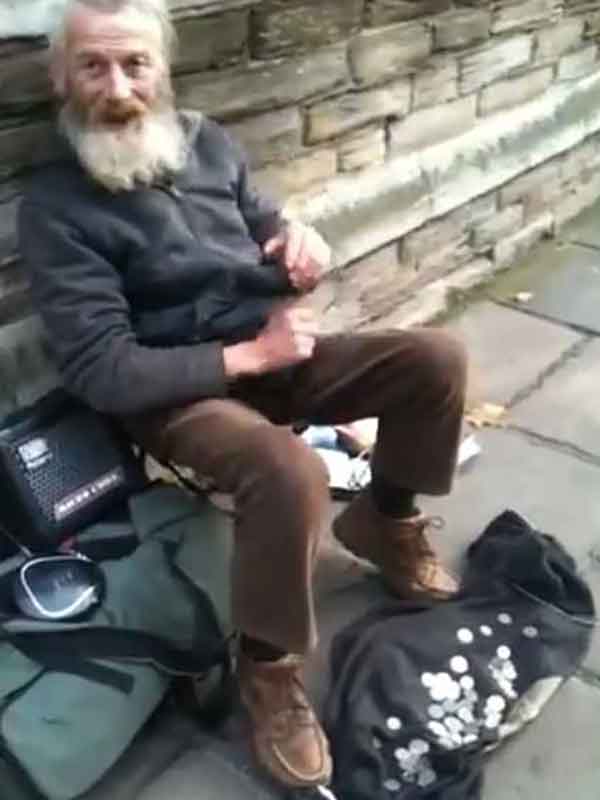 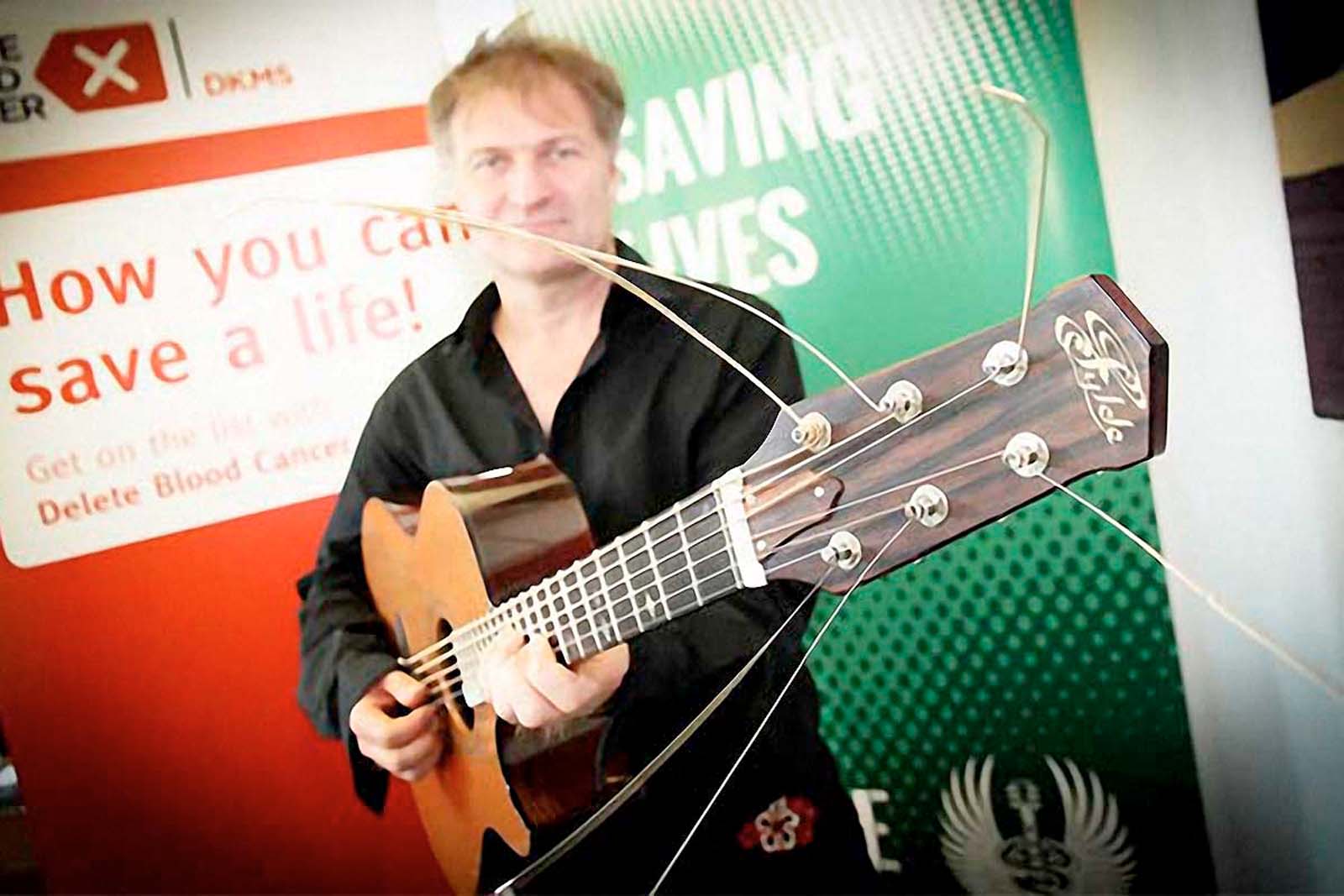 Nick Harper was recently at Westminster, helping to host an event for Love Hope Strength Foundation and Delete Blood Cancer UK and playing his new Fylde! 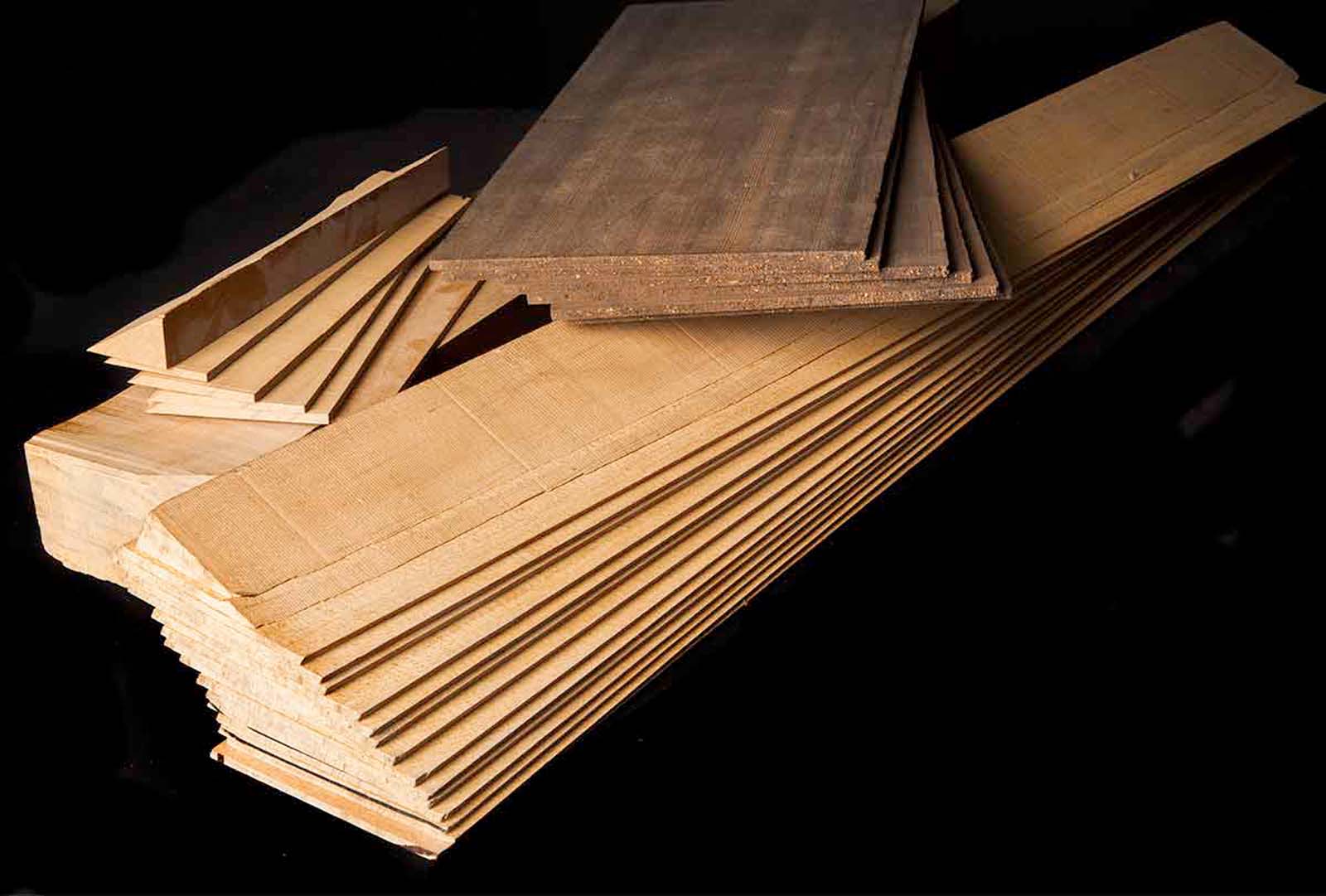 The paler wood here is Ancient Kauri from New Zealand. The timber is dragged out of old swampland, and is not supposed to be available to anybody other than native Mauri's. Justin Stretch, who has recently left work here to go back to NZ, gave it to me. Justin is himself a Mauri and very nice guy; he wants me to use the wood to make a guitar for the ULLAPOOOL GUITAR FESTIVAL - IS THERE AN ECHO IN HERE? The wood is something like 80,000 years old. I thought it would be a good idea to pair it with a soundboard made from Sinker Redwood, which again is ancient, and recovered from the Big River in Mendocino. The woods can swap stories when I get them joined up.

John Renbourn was here yesterday, so I sat him down with John Smith's resurrected resonator. 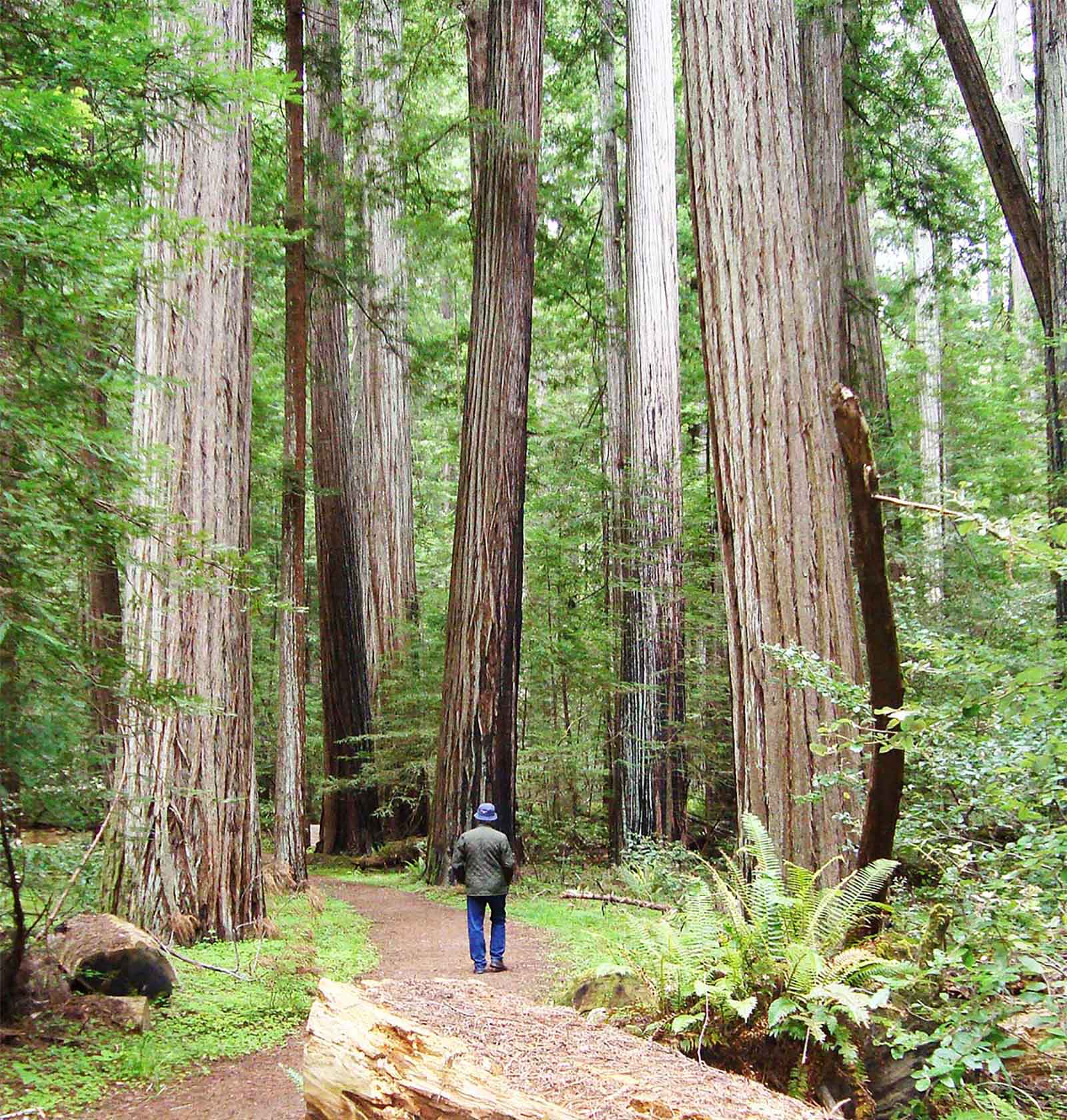 (Left) Can I have one from the bottom please (Centre) Pass me that axe (Right) How do I get this into my suitcase?

I made this for Mike English in 1981, it includes several features that have since become mainstream in other makes. It has moved around a bit and has been owned by Marilla Ness for the last twenty years or so. (Back with Mike English now!) It is just about as elaborate and exotic as I'm prepared to go, but I don't think I could do it again. It was made at a time I was working entirely by myself, each of the pieces of pearl was cut and shaped by hand, none of it from commercial cut strips. What a silly Wizard.

A rather special guitar 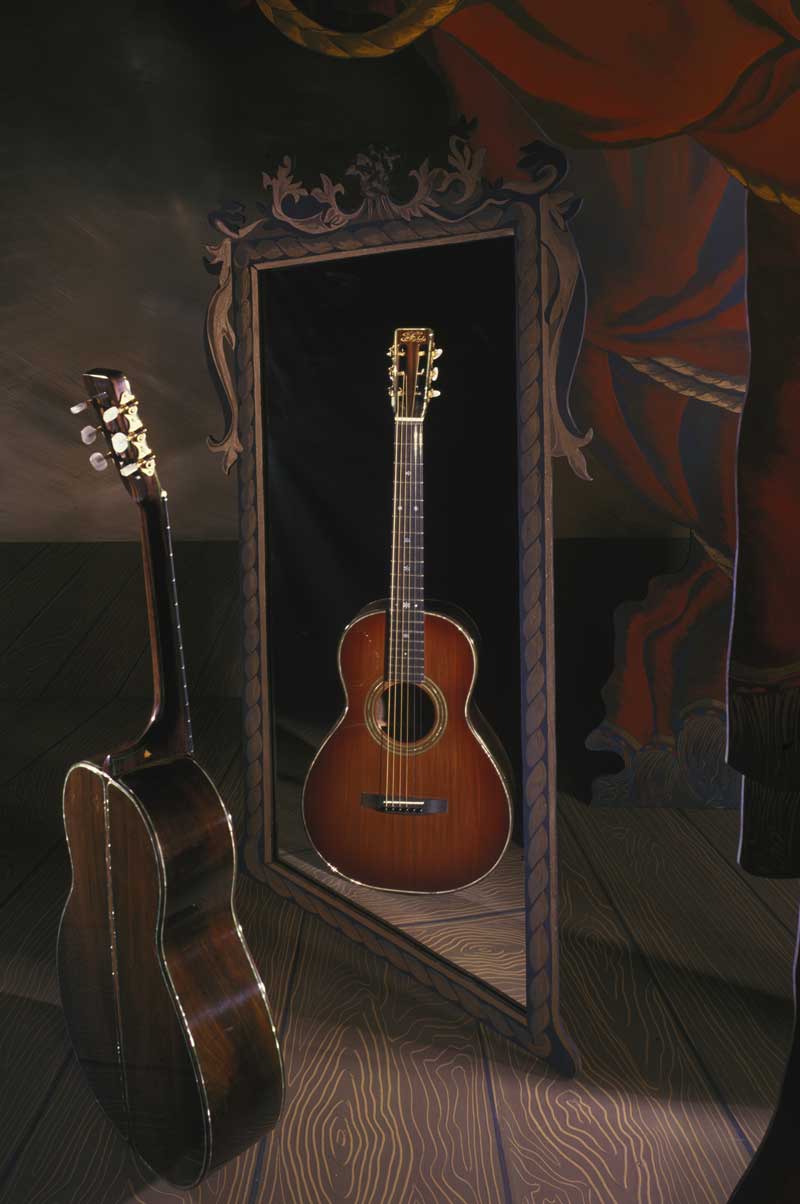 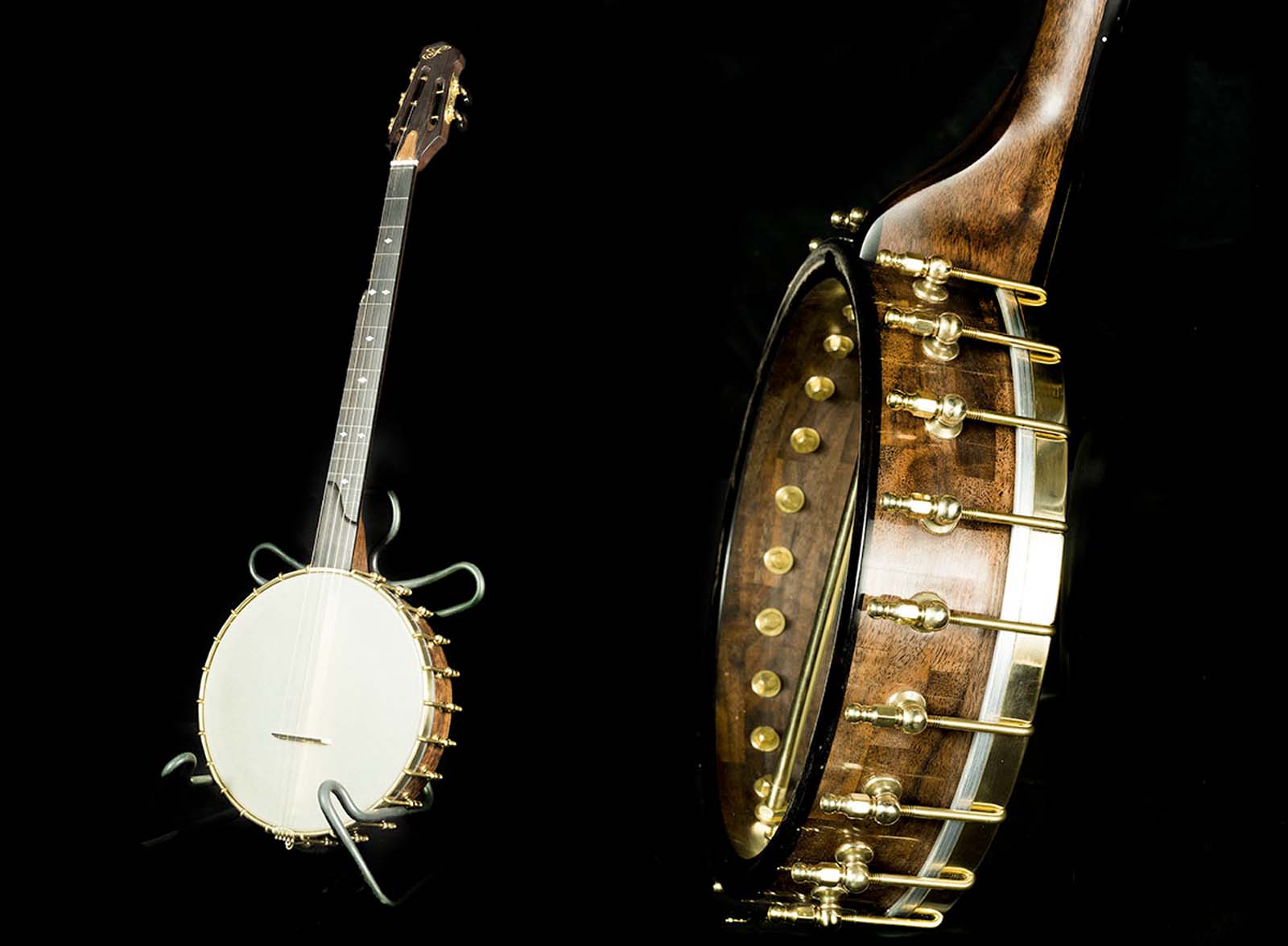 I’ve been asked to carry various instruments for the artists who are flying up, so they will have their full compliment this year, and hopefully including a Fylde Banjo. Yes, that’s what I said, and a Fylde Nylon string. I said that as well.

When something grabs my interest, it will get made no matter what else I am supposed to be doing.

Tristan Seume asked me if I would be willing to make him a banjo. A few things dropped into place in my mind very quickly, I almost started drooling at the chance to work with some good solid metal, and I said yes. Tris posted this on Faceache, and said it was going to be made by "Uncle Roger", which I thought would be a great name for a banjo, so I was going to inlay "Uncle Roger" in the fingerboard in silver wire, but I haven't had time, I tried writing it in gold ink, that didn't work either. I've carved out the end of the fingerboard to make a frailing scoop, that is where the inlay would have been if I had done it, use your imagination. 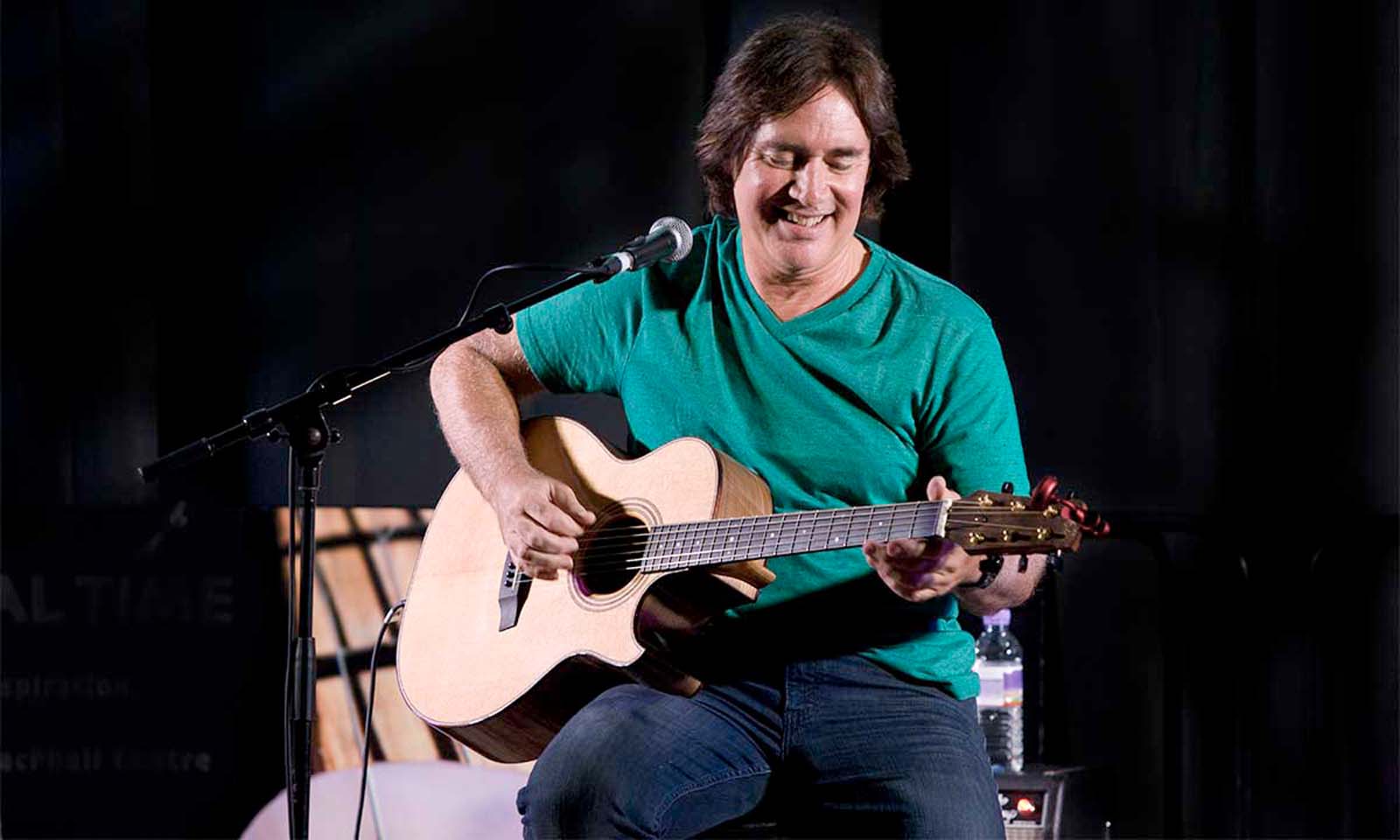 Carl of course is the guitarist with Supertramp and a really nice guy. He needed to borrow an acoustic guitar with pickup for nearly half of his set. I was happy to oblige. 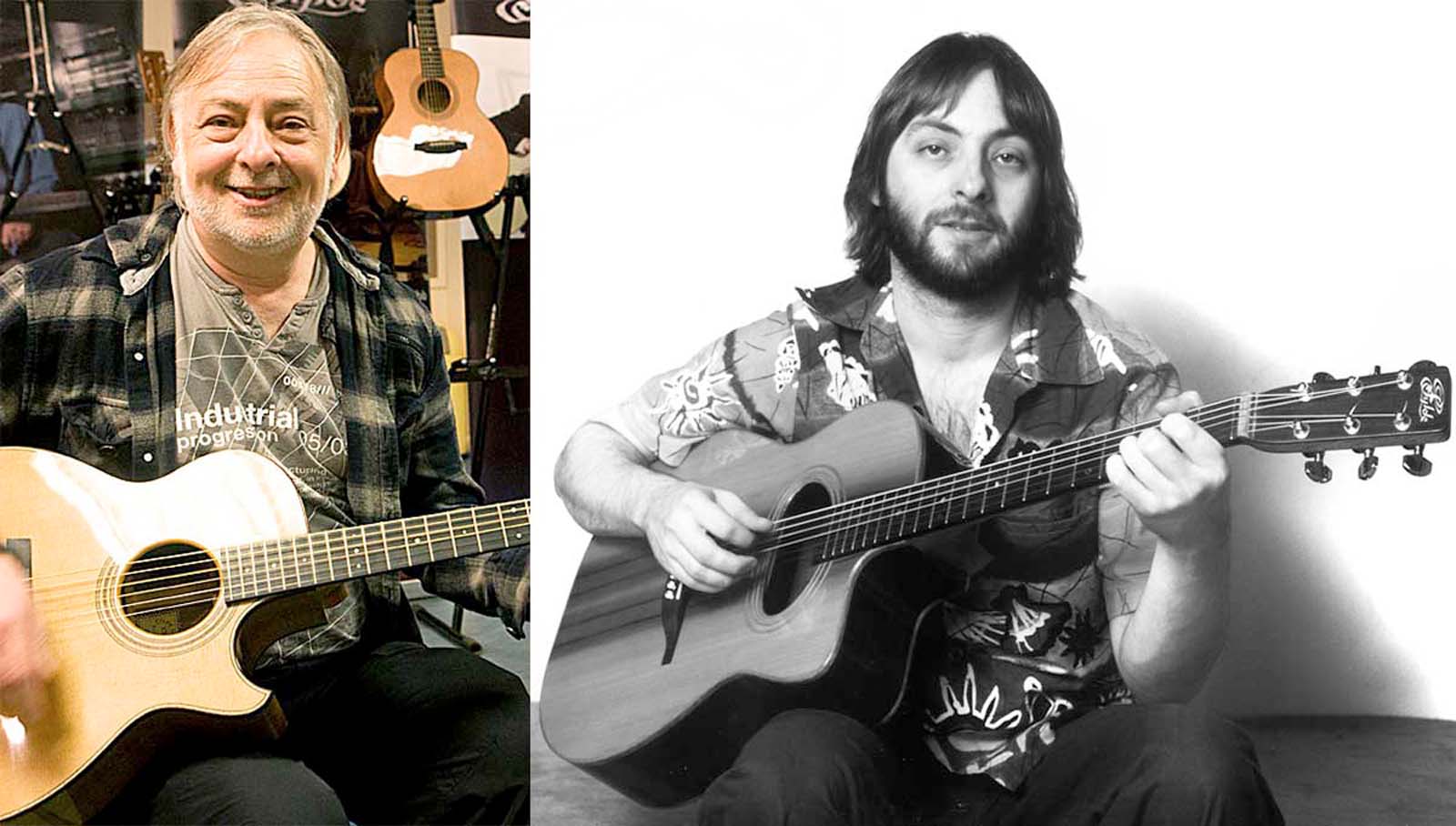 Elliot was the guitarist with Steely Dan, and one of my endorsees in the USA back in 1979. We hadn't met before, so we had lots to talk about. The story of what happened to his beloved Fylde Caliban will be in the book - so you will just have to buy it if you want to know. Elliot still says that the guitar "made me happier than any other instrument I have ever played"

This mandolin is on its way to Antarctica. I tried to get a soundboard out of a lovely piece of Spruce that had some resin pockets but didn't quite succeed. It won't matter now though, because in about two week’s time it will have arrived at the South Pole to meet up with Al, its new owner, and Penguins aren't bothered about minor flaws in musical instruments. Before anybody writes in, yes, I do realise that Penguins don't actually live at the South Pole, and neither do they play mandolin.

The picture is of the "Personal Box" that Al is allowed to take for his eighteen-month long tour. Take note of the other essential items, it works out at about one sip per day. A while ago I noticed that little bits of whisky saved at the bottom of my favourite bottles were losing all their taste. Basically, the alcohol was evaporating, leaving only water behind. Al is a Scot, and he explained that such a thing is known as a "Damp bottle", and he was intrigued, because he had heard that such things do happen, but it has never been known in his home country. Al is also taking a banjo. Penguins aren't keen on mandolins, but they really hate banjos, which is of course why there are no penguins at the South Pole.