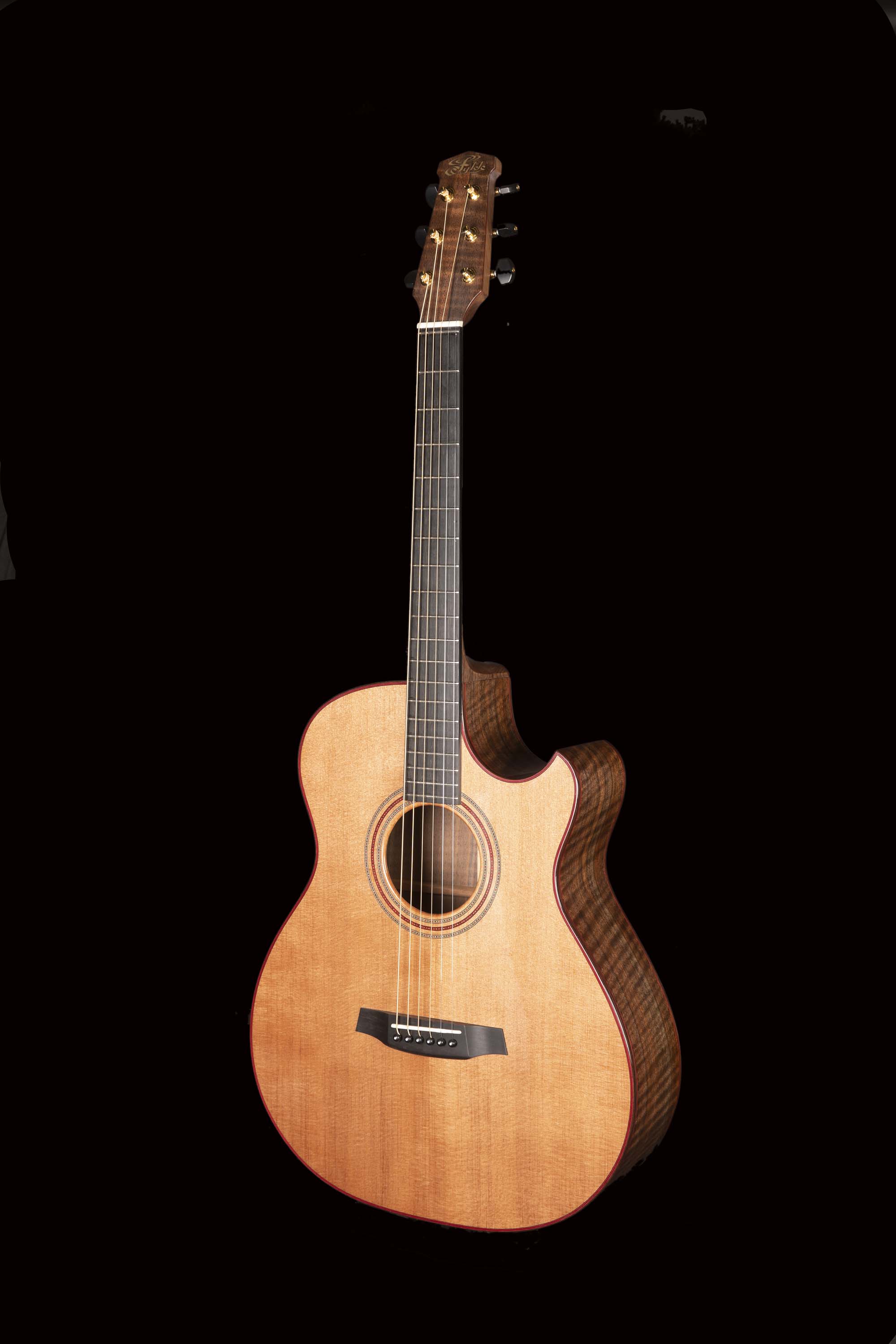 If you think you have seen this before, you might be right, it was first sold in July 2021 but has now been displaced from its home by another Fylde Guitar and is available once again. It's more or less the same guitar as Ben Walker's "Roll Over Leonardo" (see video below).

It has figured Claro Walnut back and sides with Rosewood bindings bordered by red lines, the neck is laminated from three pieces of Walnut with a 45mm nut. A very fine Redwood soundboard, Ebony fingerboard with no surface markings, side dots only, just like Ben's, but we can easily install pearl dot markers if you need them, we could even install diamond markers if you catch me in a very good mood. That's not likely, I must admit, but you could at least try.

The previous owner asked us to install a Fishman Rare Earth Blend Pickup, which we could remove if not required.

The guitar benefits hugely from my obsessive "acquisition" of wood, the body and neck are made from the same tree, which almost never happens. It's actually my contribution to carbon capture. Buy all the wood and keep it.

As with Ben's, the construction style is unusual in several ways. Although it's a standard Leonardo body, this guitar has a short (629mm) scale length, and the neck joins at the 12th fret rather than the usual 14th. I've talked about the benefits of that many times: the bridge position is one of the most important factors in any guitar's tone and the shorter neck is much stronger and better supported against the leverage of the strings. Plus - it's a very comfortable combination when playing sitting down, made even better in the Leonardo because of the slightly shallow body. This guitar has the truss rod adjustment inside the soundhole, an experiment I've been having fun with. The guitar isn't brand new but is in excellent condition and it really is very special.